實習在書藝表演
Interning at the Calligraphy Art Show
Alex's Last Week Interning
This last Saturday, I interned at the 2019 Stand with 「Hong Kong, No China Extradition Art Rally」 held at Taipei’s Treasure Hill Artist Village where several artists took the iniative to express their solidarity with Hong Kong. Taiwanese calligraphers and performing artists expressed their support for Hong Kong’s anti-extradition campaign. While at the art show I was able to watch several different skits relevant to the current situation in Hong Kong. 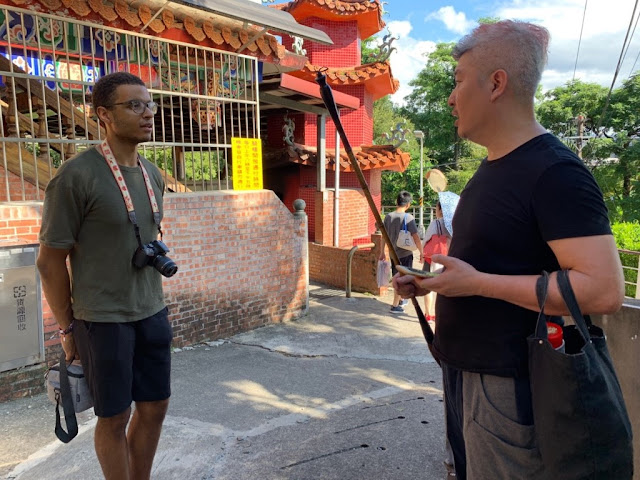 On arrival, I was amazed by how stunning the Treasure Hill Art Village was. I learned that the village used to be a KMT stronghold when they had first invaded Taiwan but today it was now turned into an art exhibit. Once I found the bunker we would be working at I discovered Mr. Ho and his model Mr. Tsai preparing for the show. There would only be one take so we spent over an hour making sure everything was prepared properly and set up in order. 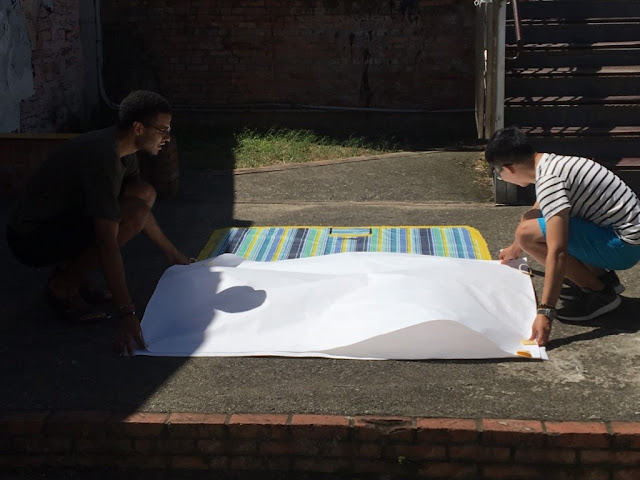 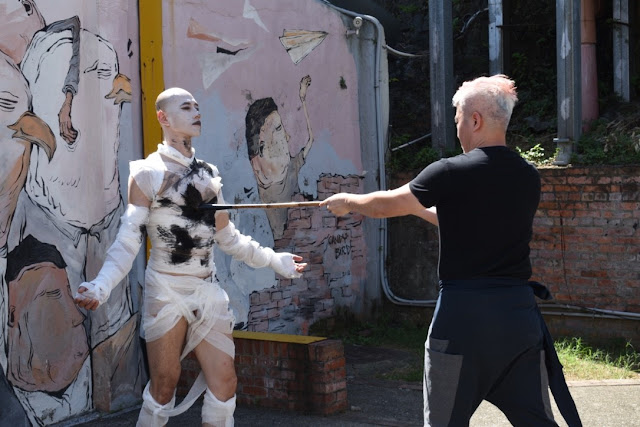 Once Mr. Tsai was beaten to the ground he struggled to enter the Air bunker. In the Air bunker, Mr. Ho began representing the situation in Taipei. Instead of just carrying the calligraphy brush he also carried a scissors to free Mr. Tsai. Mr. Ho began to cut some of the gauze off of Mr. Tsai and afterwards wrote freedom on his back. This is supposed to represent the hope of Taiwan supporting Hong Kong. 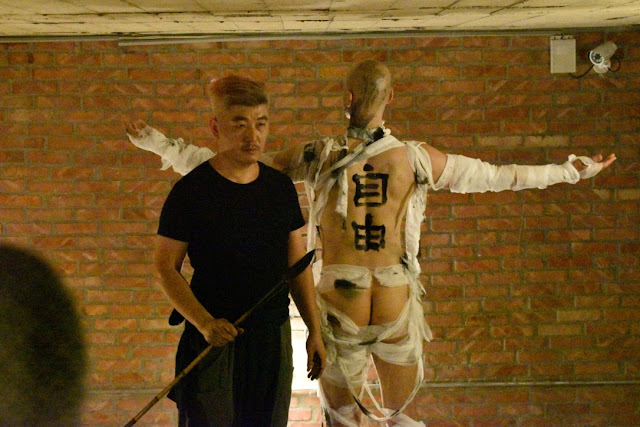 Afterwards we went to a coffee shop nearby to get smoothies and drinks and talk about how the skit had went and the current situation in Honk Kong. My boss explained to me that even the audience carried its own metaphor. He said that “We all represented the international community， since we watched but did nothing to help Mr. Tsai as he was beaten .” I found these metaphors to be very powerful and requiring extra thought. As I thought about this final metaphor I also thought of the Martin Luther King Jr. quote, “An injustice anywhere is a threat to justice everywhere.” Let’s go Hong Kong!!!! 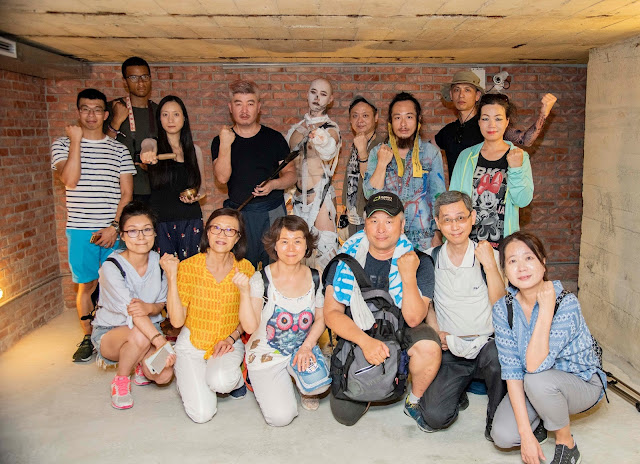